Selling a product or service for a profit is the basic foundation of a successful business, but in order to sustain long-term success, this is not enough. By expanding the awareness about the working of money in a business, one can achieve the right balance. There are many ways to gain financial knowledge, but the best to learn extraordinary techniques, is to read the books written by the pros of this field.

Here are the 15 widely famous finance books, that can help you guide in your finances –

Stress Test, written by Timothy Geithner, former president of Reserve Bank of New York and United States Secretary of the Treasury, has been a New York Times, Washington Post, and Los Angeles Times Bestseller. Stress Test opens up an unknown side of Timothy Geithner. In his book, he described his mistakes at the New York Fed before the Wall Street boom went bust. He explained the readers about the beginning of the crisis, it’s intensification and its going out of control. He describes the battle of his highly criticised, but ultimately successful plan, to end the crisis. In Stress Test, Timothy Geithner explains how America stood against the financial crisis and discloses the effect of politics on his family. 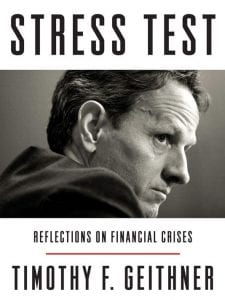 Liar’s Poker is a collaboration of the stories of the turbulent times of the American business from Michael Lewis’s perspective. In this book, he tells a story about how a frat boy camaraderie of forty-first floor trading room become a young ambitious man with a killer instinct, who was ready to gamble everything on a high stake game of deception. He presented the era of greed and outrageous fortune as an element of humor in his book. 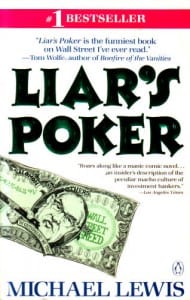 A Random Walk Down Wall Street

With over 1.5 million copies sold, A Random Walk Down Wall Street is a ‘first book to buy’ when starting a business. The book describes new material on great recession and enhanced focus on the long term potential of emerging markets with a complete range of investment opportunities. With a new edition, that fights against the increasingly complex world of derivatives, ‘A Random Walk Down Wall Street’, remains the best investment guide. 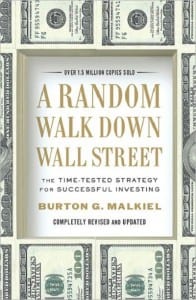 Too Big To Fail

Too Big To Fail is a real life thriller that unravels the financial crisis on Wall Street. Andrew Norris, one of the most gripping financial narratives and New York Times columnist, delivers the first definitive account of an economic crisis, that brought the world to the brink. He reveals the never before disclosed details and explains how the fate of world economy was decided by the most powerful men and women in finance and politics.

When Genius Failed has been awarded as the best book of the year by “BusinessWeek”. In this book, Roger Lowenstein captures the shaky ride of the long-term capital management. With an insight of how the culture of the Wall Street caused its rise and fall, he explains how the fund raised his money and lost it. The dramatic story of long term fall is a chilling aspect of the crisis that not only jeopardizes the biggest banks on wall street but also shook the financial stability and Lowenstein shows that as a wake up call for the government and the wall street. 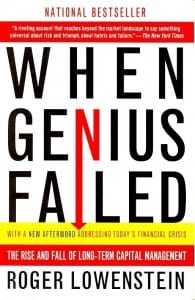 Reminiscences Of A Stock Operator

Published in 1923, Reminiscences Of A Stock Operator is the most widely read and highly recommended investment book. Readers have found that the book has more to it than just years of experiences. It’s more a timeless tale that can enrich the life of an individual. 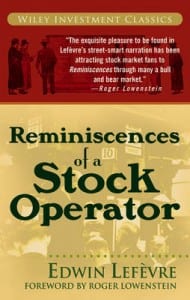 With a unique knowledge of history and current manifestations of risk, Peter Bernstein wrote a book that is a masterpiece in itself. In this book he argues that the central idea that differentiates the distant past from the modern times is the notion of bringing risk under control. This book helps financiers to understand the uncertainties that he might face.

The Alchemy Of Finance

Quoted by the BusinessWeek, “The Man That Moves The Markets”, by George Soros is the most powerful and profitable investors in the world today. the Alchemy Of Finance, written by George Soros presents an extraordinary inside look into the money manager’s decision making process. It presents the theoretical and practical account of the current financial trends and which helps to understand the today’s financial market. The Alchemy Of Finances reveals the timeless principles of investing legends with expert advices and valuable lessons. 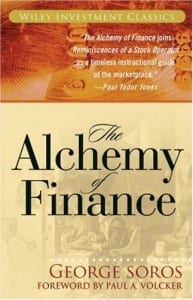 Security Analysis is one of the most influential financial books ever written. With over 1 million copies sold, it has taught the readers some valuable investing philosophies and techniques. Written by the father of value investing, Benjamin Graham and David Dodd, the book has withstood across the wide diversity of market, countries and asset classes. 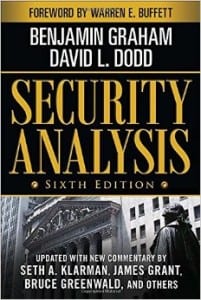 Ever since it was published, The Intelligent Investors has been the stock market bible. The greatest investment advisor of 20th century, Benjamin Graham’s philosophy of value investing, shields investors from substantial errors and teaches them to develop long term strategies. 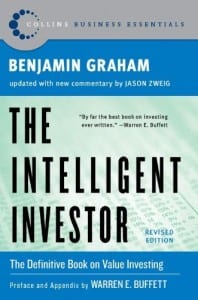 The Theory of Investment Value

Having been written as PhD thesis in Harvard, the book was published in 1938. The Theory Of Investment Value is considered as the most authoritative work on how to value the financial assets. It is the combination of original theoretical concepts with delightful commentary based on William’s, the author’s experience in rough world of investment. The book projects an estimate that offers intrinsic value, called the dividend discount model, which is still used by professional investors. 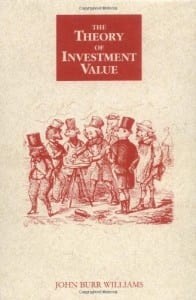 The philosophies of widely respected and admired Philip Fisher are not only studied and applied by professional financiers, but also regarded by many as gospel. The book is invaluable reading and includes the perspective of Ken Fisher, author’s son , in expanded preface and Introduction of new edition. A thorough understanding of the business, obtained by using Phili’s techniques, enables one to make intelligent investment commitments. 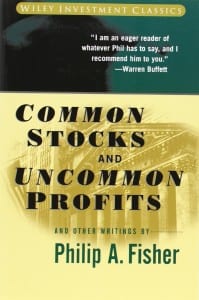 Young Money is the inside story of a well guarded world. Kevin Roose, followed the eight entry level workers of a leading investment firm for 3 years and wrote a book that exposed the exhausting workloads and recreational drugs of wall street life. He wrote about the new experiences when the industry collapse in 2008 and the realization of hard reality about the morality and prestige. 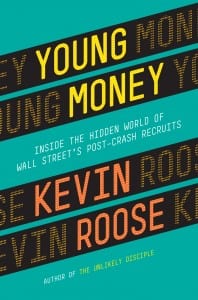 With so many financial advisory sources on the web and in real life, one can get easily confused. To cut out the cacophony and build the best, Jeff Macke and Josh Brown wrote a book that act as a crash course in separating financial facts from fiction, featuring interview some of the world famous influential financiers and investors. 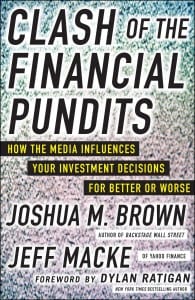 Manias, Panics And Crashes puts the turbulence of the financial world in perspective. It’s an entertaining collection of how reckless decisions led to financial explosion. Covering topics like the history of crisis and speculative manias, this book is considered as a “True Classic”. 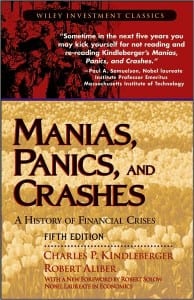 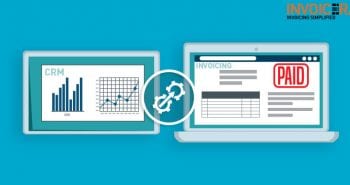 How To Manage Your Enterprise Billing:... 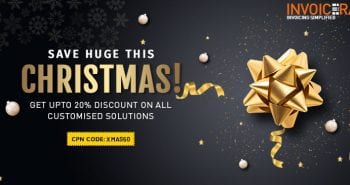 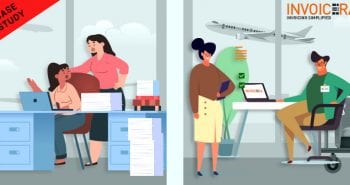 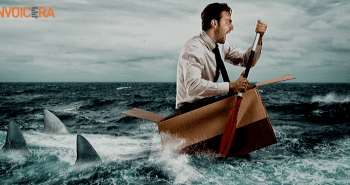 12 Survival Tips for your Business 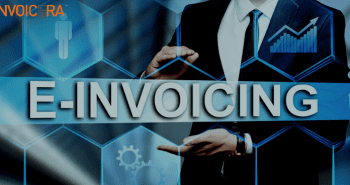 How can E-payment and E-invoicing help you...

Veronika Tondon is a business enthusiast with extensive experience in Invoicing & Payment Process. She has 6+ years of experience in Invoicera, the leading cloud-based invoicing solution as Invoicing Consultant. Sound knowledge in business process execution, offers end to end solutions for complete automation of business processes and AR/AP processes.
Contact Veronica for your invoicing requirement. 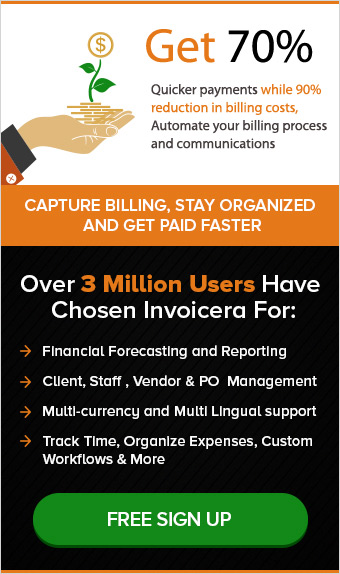