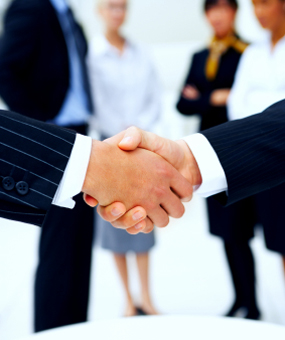 A good friend (Robert) once came up to me and shared his story about how he helped an acquaintance out of his ‘not being able to close a deal’ misery. According to him, the acquaintance (Michael) struggled most of times at client sales. Michael wasn’t able to crack deals with ease and those that he closed were pretty small ones.

Michael was addressed and counselled for quite some time by Robert to get him out of his crumbled confidence. Rob narrated events to me, as they happened. Here’s Robert’s version of the story –

“I told him that it’s not only him who had had his back kicked; it happens with all of them, even me sometimes. Over all these years, I’ve figured that if it (confidence) crumbles, it’s not worth it. It develops over a period of time, though a huge portion of aspiring businessmen manage to act confident in so many unproductive ways. Confidence is deceptive, it isn’t really there until it comes from the heart. One should be able to feel it.

Nevertheless, I went into knowing more details about him, let’s call him ‘Michael’. I first asked him to vent it all out for it’s needed for him to ease up and speak candid. He shared his agitation; it sounded pretty familiar, Deja Vu !

He told me how he’d go out, all set to close the deal, but would goof up at the last moment. So far the sales he was able to crack, were not that big, and that didn’t make a huge difference to his reputation and career as well. Mind you, this wasn’t the first time he was going through another voluntary counselling. He had previously been with an acquaintance, ‘Sandy’ who had advised him to take control of his tone and body language when with a client. I guess, that didn’t help much, cause he wouldn’t have been here with me, had it worked.

And I don’t blame Sandy.

Confidence as a trait

It was sad that Sandy’s advice didn’t help, since Michael was still oblivious of the beef. Now as a matter of fact, acting confident doesn’t help, having it as a personality trait works better. Michael wanted me to tell more about it, but I wanted him to reveal more about himself, in particular.

So I asked him about his childhood, his schooling, college, what books he read, etc. He had followed sales and marketing since adolescence and pursued the same in his college.

He further told me that he had been to a few big conferences to observe big leaders from worldwide, to get some inspiration. Reading……? he was not much into, did it occasionally for pleasure and leisure. Now, I was soon gonna get it why he blew it up.

Now, when he (Michael) went to Sandy’s office, he stayed there for around 2 hours, trying to sort his fate. This was the time when I asked him, what made him stay there so long. He didn’t say much, talked about the interiors, the way Sandy tried to keep his momentum up and other things.

I started to sense that he was missing out on something very important. There, he opened, told me that there were probably hundreds of books, novels, inspirational magazines lined up there in the book-shelf. And there, was the unfolded mystery behind Sandy’s success.

Michael started to sense my point, which he had been oblivious about all these years. Now, before he could utter a word, I started telling him about an event which I had been to. It was a huge inspirational conference. The hall was full with business tycoons, veterans, and early adopters. I was the one of the early adopters, looking at people going gung-ho after the event. After the event ended, the speaker announced the sale of the case studies written and nurtured by a popular business wizard.

One thing that I observed to my surprise was that a very few portion of the early adopters bought those case studies, while literally all the spokespersons and speakers looked seemingly interested in getting a glimpse of them.

That seriously puzzled me ! But, it was soon solved by one of the many speakers passing-by. I enquired what makes him buy the case-study and this is what he claimed – “Gentlement, you never stop learning. And knowledge is never to be underestimated”

That was it. He had said it all in one phrase. I was slowly reaching my point….

The discussion and the learning given to Michael reaped fruits. He started following the ritual, developed the habit of reading, not only for leisure, but for learning as well. Over the time, he realized what he believed and how it actually worked. He was becoming a better personality day by day and was starting to influence and close sales more easily. He was slowly getting his hands in cheese. Some solid introspection, reading and learning followed up for nearly an year before he did the deal of his lifetime..

That was Robert, as he spent about a few worthy sessions with me explaining and describing his experience with Michael.

What you could take away from this – I’m not an entrepreneur, nor I am a big-shot businessmen, but I am a self believer and this is the tip I have taken during all my years reading, observing people and being in adverse situations.

You can always have that fake sense of confidence when you try to overestimate your powers and have an upper hand over someone, and you actually come across as nothing, but cocky.

You gain full control of yourself when you have mastered knowledge. You may have to make your way through sometimes, but it’s never too far unless you’re adamant on not pushing yourself any further.

The one learning I’d take away with me is that learning never stops. I’ve been to the offices of many big-shots; all had one thing in common; they never quit on learning. Their shelves are always filled with books and it’s not by chance. It’s their own customized path which they choose.

This is the most influential part of an individual’s trait. When you say you don’t know, you’re clear what you know and what you don’t and you are fine with it. And it’s always great to follow up with something like this – “I don’t know yet, but I’ll find it out.

So, this was Michael who soon realized where he lacked, identifying the confidence within. I encourage you to chime-in with your thoughts about the event I just narrated. And yes, do spare some minutes to share your story, if you have one or may be two.

Over 3 Million Users Have Chosen Invoicera - Get Started Today